We have enabled EMV contactless cards payments in publis transport buses in Lagos, Nigeria. In cooperatrion with our partners Mikroelektronika and Sterling Bank we have implemented first such solution on African continent.

I think that selecting MONET+ team was the best decision we could have made for the project. Some colleagues told me that if we had not had a team like MONET+, the implementation would have been fraught with difficulty.
Olugbenga Adams
Head of Digital & Transaction Banking Group, Sterling Bank

Sterling Bank, based in Lagos, Nigeria, wished to boost the circulation of contactless bank cards and attract new clients.

The opportunity to do so presented itself when the public transport system in Lagos was modernized. The bank then decided to get involved and start operating new bus lines.

The city could well become one of the megacities of the future, and even now it is home to 15.5 m residents. Hence, provision of a high-quality public transport network was critical to any further development, and its modernization had huge business potential.

The main goal of the bank was to introduce new bus routes and eliminate issues associated with collecting bus fares. In fact, it was not uncommon for the resultant cash to be stolen and for ticket fraud to take place. The solution selected was to commence cashless payments via EMV payment cards issued by the bank.

The system that had been adopted in London (UK) provided a touchstone for the bank.

Sterling Bank sought experienced partners with the necessary know-how and expertise to bring a similar system to Lagos.

Having checked out potential suppliers, the bank went with MONET+ and asked us to implement a solution of contactless EMV cards that uniquely identified passengers, on which the fare was charged using our Check-in/check-out framework.

The implementation phase of the entire project began in November 2017, while its official handover to the client took place four months later – in March 2018.

1,000 contactless payment terminals were supplied by us for installation in vehicles, each one equipped with the suite of terminal applications developed by MONET+. These selfsame applications today support contactless EMV card acceptance, and provide for handling transactions and their security.

As part of the project, we delivered multiple system components and modules from our shared Switchio infrastructure.

A major component of the project included services pertaining to managing and supervising the solution, such as a 24/7 Help-desk for dealing with queries and issues.

For the transport operator:

The solution was created by the Cards and Transactions development team
headed by Aleš Popelka
Do you want to be part of the team? 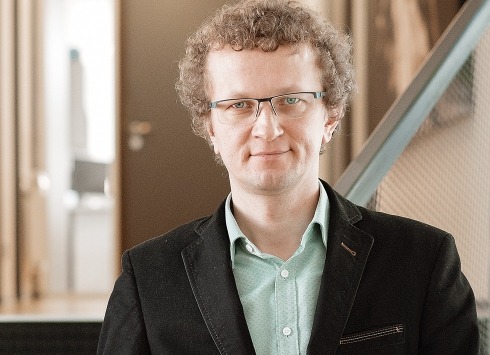